This program has been running for over 15 years and has taught thousands of kids the joys of fishing. The clinics have always been well supported by Healthway, with the SunSmart message accompanying our Fishing Clinics, making them a safe outdoor activity for all ages. 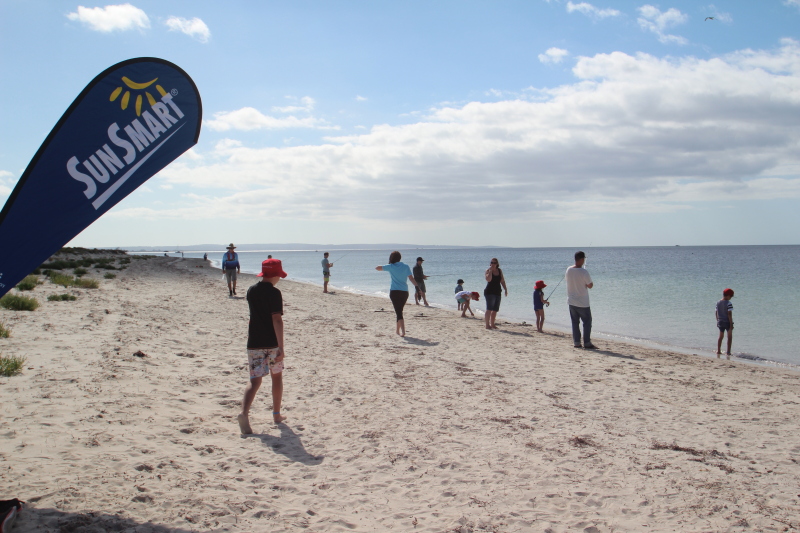 We run regular school clinics along with community clinics and even regional community tours. Check out the details below to see if there is a tour coming up near you! To find out more about fishing clinics, please contact Recfishwest on 9246 3366 or email recfish@recfishwest.org.au 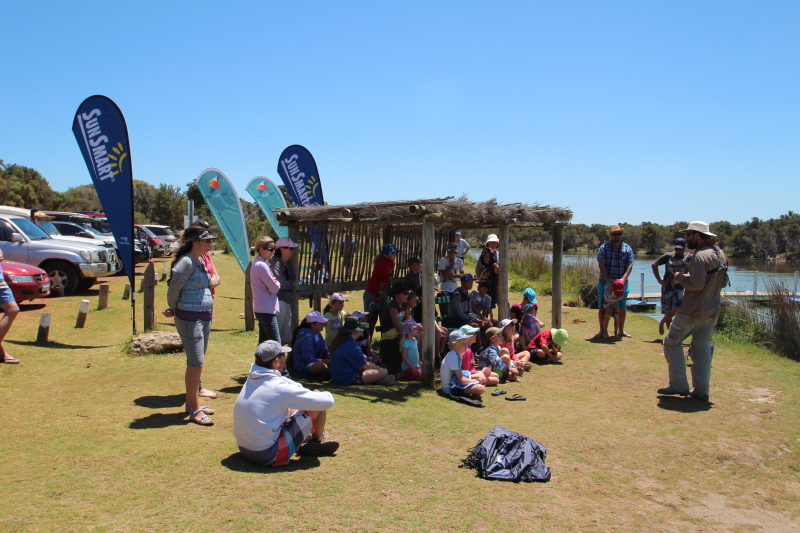 Recfishwest conducts FREE SunSmart fishing clinics for children aged 10-17 years in the Perth Metropolitan area and Western Australian regional areas. Every year the program involves nearly 90 fishing clinics, which in total are attended by around 2,000 children. 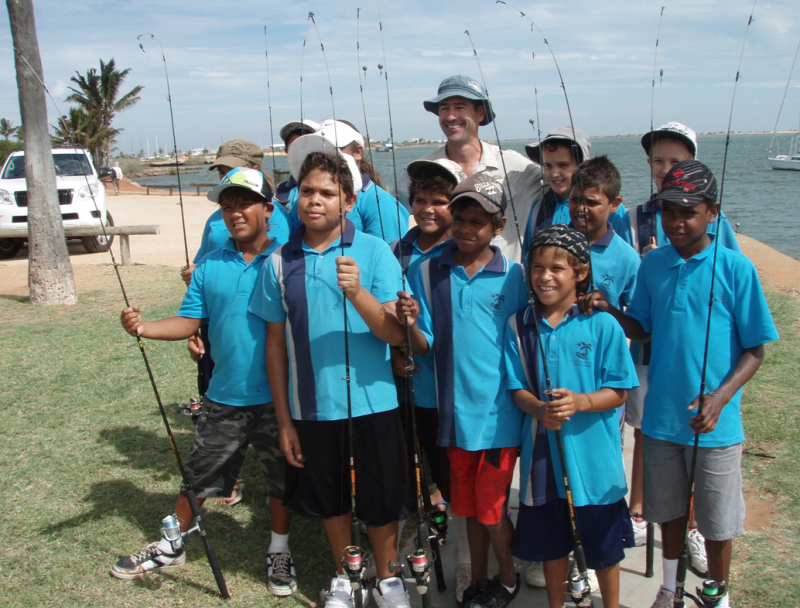 Below is a snippet of our ‘Become a Recfishwest Fisherkid’ book. This book was designed to help kids learn more about fishing and has been a huge hit with the kids. The book is made from waterproof paper so it can become a permanent item in the tackle box for every fishing adventure, helping kids learn as they go! Check out the video below to see how our Recfishwest Clinic program works. To find out more about fishing clinics or to make a booking, please contact Recfishwest on 9246 3366 or email recfish@recfishwest.org.au

Who are the clinics for?

Recfishwest run a variety of clinics for schools, special interest groups (such as River Rangers and Scouts), fishing clubs, seniors and many other community groups and/or clubs.

How long is each clinic?

Clinic duration is two hours, but this can be tailored to meet your group needs, just ask when you make your enquiry. Clinics are generally not held between the hours of 12pm-3pm due to heat and UV rays.

What are some topics covered in the clinic?

The instructors give a presentation at the beginning of the clinic that covers the SunSmart message, fishing safety, WA recreational fishing rules, sustainability, keeping your catch, fish handling, rigs and a demonstration on casting. At the conclusion of the clinic, the instructors ask questions about what the kids have learnt throughout the duration of the clinic and may even hand out prizes!!

How many participants per clinic?

For school clinics 30 is the maximum number of kids allowed, due to the amount of equipment and for safety reasons. For community based clinics generally 30 is preferred; however, if the numbers are greater, people are advised to bring their own equipment.

Do I have to stay with my child for the duration of the clinic?

Yes, (unless it is a school clinic and then the teachers are in attendance). It is expected that all parents and guardians stay as supervisors for all children under 14yrs. Plus, families are encouraged to value this time together and spend time enjoying activities outdoors.

How much does it cost to attend a clinic?

Most of the clinics are run free of charge; yes, FREE!! Generally, any partners or groups hosting the clinics will look after all that side of things…. All you have to do is register and turn up on the day!

How do I get Recfishwest to run a fishing clinic in my area or for my school?

Most school clinics are run in the metro area; however, Recfishwest try to offer opportunities to all schools across Western Australia. Community clinics and fishing clinics as part of your planned event, or group interests can be discussed with our Fishing Clinic Coordinator, Kate.

For all enquiries and flexible clinic delivery options, send Kate an email at kate@recfishwest.org.au 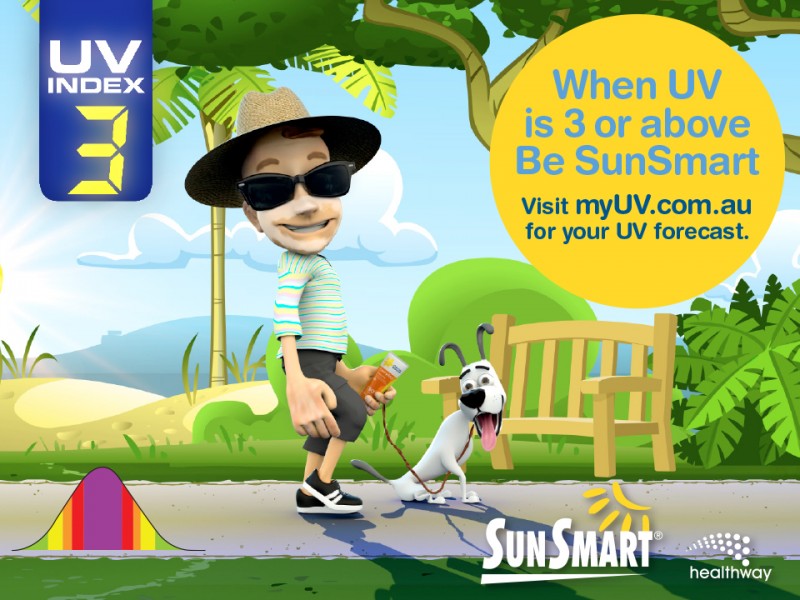 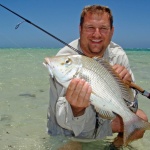 Craig has enjoyed recreational fishing for most of his life. In the late 1990s he decided to give something back to the passion he loved and started volunteering with the Department of Fisheries. He spent time on the Boards of the Metropolitan and Exmouth Recreational Fishing Advisory Committees and Recfishwest.

In 2000 Craig joined the Department of Fisheries as a Volunteer Fisheries Liaison Officer (VFLO) and helped with the everyday management of the program in addition to being the south metropolitan patrol leader. It was in this role that Craig was trained and conducted fishing clinics for the Department of Fisheries. While the chairman of the Recfishwest Communications Sub-committee, Craig and fellow VFLO, Kim Burton, established the Recfishwest Fishing Clinic Program.

In 2005 with Mark Pagano, the Recfishwest Fishing Clinic trailer was designed and manufactured to extend Fishing Clinics to regional Western Australia. Twelve years on and Craig remains a senior fishing clinic instructor with Recfishwest and is passionate about the messages of sustainability and safety that he and his fellow volunteers teach. 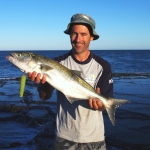 Kim became hooked on fishing as a seven year old and has fished almost every coastal area between Augusta and Broome. His passion is rock fishing but Kim has owned a boat since his early twenties. He is a keen free diver, chasing crabs and Western Rock Lobster over the summer months.

Kim joined the VFLO program in 1993 and was a foundation member. In his time with the FVLOs, Kim instigated the Cockburn Sound Snapper Research that led to the seasonal closure protecting the spawning aggregations of Snapper in the late ‘90s. He is also passionate about Tailor fishing and has been involved in Tailor tagging/research at Point Walter for twenty years. Kim’s log book records from hundreds of Tailor fishing trips offshore helped shape the management for this iconic species. 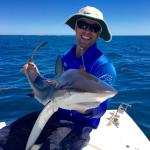 Adam has a passion for land based fishing that started at a very early age. Adam can often be found fishing from a rock wall during a storm, flicking plastics for Flathead in the river or chasing Squid from his kayak.

Adam has always been happy to volunteer his time to help others and with two sons he spends a lot of his time as an assistance coach with the South Coogee Saints Football Club in the winter and as a junior athletics coach for Phoenix Park during the summer.

Adam was first introduced to the Recfishwest Fishing Clinics through friend and fellow instructor Kim Burton. Adam was keen to help educate young people in safe and sustainable fishing practices and trained as an instructor in 2010. He has been involved in running Recfishwest Fishing Clinics across the metropolitan area including Rottnest Island and in 2013 was part of the team travelling on the Northern Tour. 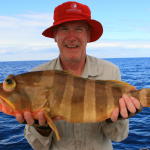 Alan first started fishing as a five year old from a jetty in Bahrain, an island in the Persian Gulf. When his parents returned home to Western Australia and lived in Attadale, his love for fishing grew and he has many fond memories of catching Tailor and Cobbler from the Point Walter jetty and sand bar.

In July 2007, Alan met Craig Bibra at the Education Expo held at the Claremont showgrounds. Craig was there promoting Recfishwest Fishing Clinics and Alan asked how he could help out with volunteering as he had just sold his business and now had spare time on his side. Later that year, after an induction with Recfishwest, Alan became a Fishing Clinic Instructor.

Alan enjoys helping with the fishing clinics and especially likes seeing the joy on the faces of the participants when they catch their first fish. He encourages children to get out and fish, not only as fun activity but also as a chance to spend quality time with their parents or grandparents. 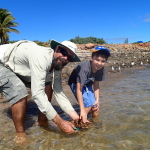 Ian has been the Editor/Director of The West Australian Fishing Magazine for the past 11 years. Prior to this and since, Ian has run and owned tackle stores around the Perth Metropolitan area gaining a lot of contact with recreational anglers over the years.

Ian became a member of the Recfishwest Board in 2010, before developing an interest in Recfishwest’s fishing clinic program. Ian has a passion for the water, boating and fishing for literally any species of fish that swims. He also has a passion for chasing crustaceans of very type.

Ian’s love of fishing has also seen him competing and representing the state and Australia on many different occasions in fly fishing and bream tournaments. These tournaments have taken him to many waterways around Australia and New Zealand. Ian’s passion and knowledge has proved invaluable to the many children he teaches through the fishing clinics. He has participated in a number of Northern and Southern Tours and regularly helps out in metropolitan clinics. 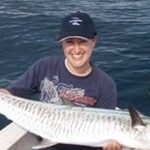 Bec is an Environmental Officer and qualified trainer.  The marine environment is her passion and has guided her studies and career. In 2005 she joined the Department of Fisheries Volunteer Fisheries Liaison Officer program conducting fishing clinics, helping with research and education patrols.  Becky later joined the Department in 2007 as a Fisheries and Marine Officer, before taking up her current role and moving into the Environment portfolio as an Environmental Officer. More than 10 years on she continues to volunteer each year with the Fisheries research programs. As one of the more recent additions to the Recfishwest team, Bec is yet again able to pass on her passion for the water and environment to others. 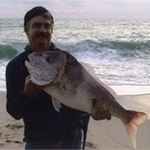 Fishing has been a passion of Kevin’s most of his life.  He joined a shore based fishing club at the age of 17. He has enjoyed fishing many locations throughout Western Australia.  Kevin started boating in his later years after joining the Marmion Angling Aquatic Club.  He is presently the Captain of the Angling and Sports section.  He has also spent a few years involved with the Australian Angling Association. These days Kevin is semi-retired and is pleased to be able to take the time to give back to the community with his angling skills and has recently joined Recfishwest as a fishing clinic instructor. 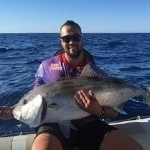 I grew up fishing WA’s coast from Esperance to Exmouth and like many people I did most of my fishing in the Cockburn Sound, landbased or by kayak. My passion for fishing grew when I had the opportunity to fish from boats and I’ve been hooked ever since! Although you can’t beat fishing from the beach on a hot summer’s day! I have been involved with Recfishwest since early 2016 as a volunteer for the inaugural Gone Fishing Day, as well as being involved in a number of events including Snapper Guardians and the restocking of Pink Snapper into the Cockburn Sound ( which was awesome!). Now being involved with the clinics as an instructor, I love the opportunity to educate the next generation of fishers on the importance of the preservation and conservation of our marine life for years to come. 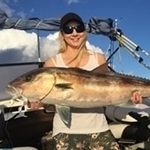 Alanna’s love for fishing stemmed from her childhood, catching beautiful trout and enjoying the outdoors with her family in Tasmania. Since moving to Perth her enthusiasm and commitment to fishing has grown immensely and she hopes to instill that passion in others.  Alanna truly believes fishing can play a large part in ones mental and physical wellness and is a great way to teach children about the environment, sustainability and ‘fishing today, for tomorrow.’

Alanna uses her rostered day off and weekends to volunteer for Recfishwest as well as Fishability (Fisher’s with Disabilities). She currently writes articles for the Western Angler Magazine and runs a Facebook page for women anglers where regular events are held, women can learn, share experiences and knowledge while also forming friendships. She enjoys all types of angling – freshwater, deep sea, kayak, shore and boat fishing and often competes in fishing tournaments.  Being on the water and helping/teaching both children and adults how to fish is what continues to ignite her passion. 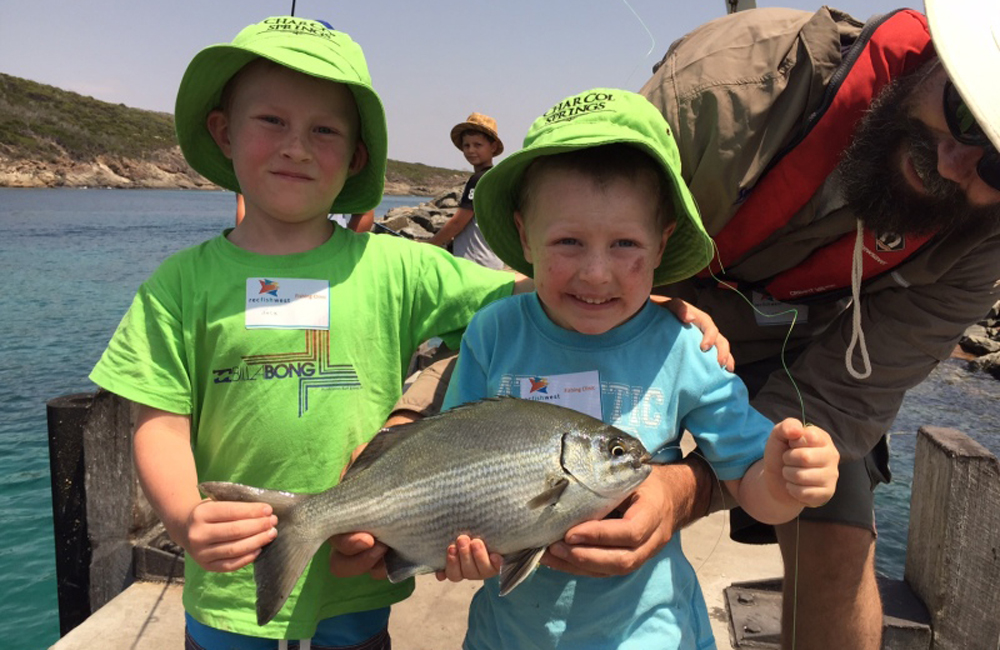