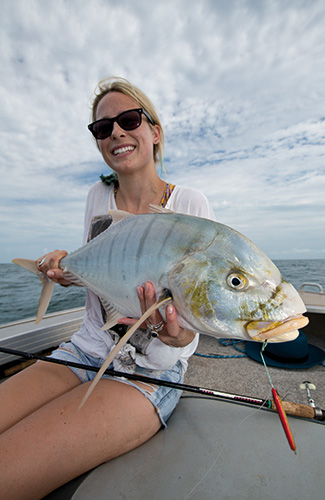 How to Catch Golden Trevally

Although their mouth appears to be largely designed for bottom feeding, golden trevally are a very aggressive predator that will hit a large range of baits and lures.

They do respond well to berley if they are in the area and will take most fish baits.

They are often taken by trollers on bibbed minnow lures, but are also a good target for lure casters. They are usually happy to hit surface lures such as poppers and stickbaits, while jigs and soft plastics will also work around structure.

Once hooked, they have great power and will use their broad sides to their advantage to prolong the battle. They are also not shy about using any nearby structure to their advantage. However, in all but the most rugged terrain the gear used doesn’t need to be super heavy and 10-15kg line is ample.

Wire is not needed, although some tough mono leader of 23-27kg is a good idea. They are a great target for light tackle and fly fishers on the shallow sand flats of the North-West. They are often easily spotted and cast to, and the angler can enjoy the fight without the fear of being buried in structure by a golden.

Don’t forget to check if you need a WA fishing licence before heading out.

Goldens are basically found throughout the North-West, although they do turn up as far south at the Abrolhos Islands, and occasionally even off Perth. However, they are largely found from Carnarvon and Shark Bay north to the Northern Territory border. They are a regular visitors to shallow flats around Exmouth, Onslow, Port Hedland and Dampier, often moving in schools. As they get older they seem to become more solitary, while smaller fish often travel in large groups. While they are a frequent visitor to the flats, they also like structure in deeper water, such as jetties, bommies and reefs. Broome Jetty is a noted spot for goldens. Sometimes they will also turn up under large patches of floating weed that contain small baitfish. Some of the biggest golden trevally can be found on the shoals in Exmouth Gulf.

Golden trevally are a fantastic inshore species that are a favourite of light tackle and sport anglers, moreso than those chasing a feed. That is not to say golden trevally aren’t good on the plate, because they can be, it’s just that they really are a great sportfish. They are a beautiful looking fish, with striking thick lips used for hoovering food off the bottom, and fight with great determination when hooked, making every capture a good one. Goldens can grow to around 15 kilos, which is a horse of the species, and the juveniles are easily identified by their striking gold markings. As they grow, the golden colouration fades somewhat, and they get black bars down their side and a few black spots. If at all confused with identification, then the thick blubbery lips are an absolute giveaway. At any size, they are great opposition on appropriate tackle. 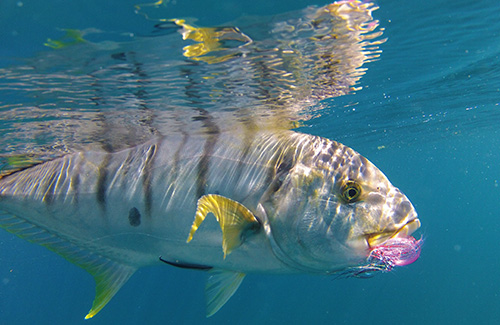 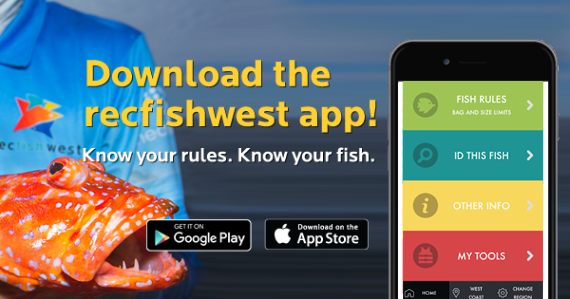 Where to Catch Golden Trevally