The Mandalay event was a huge success, attracting over 250 fishers (not including the other 250 looking on as keen mums and dads). Recfishwest ran a fishing clinic with key messages on sustainable fishing, fish handling and casting techniques.

A 500 metre stretch of beach was marked out with the fishing running for one hour from 6.00 to 7.00pm in perfect calm weather. The theme of catch and release was well received and all anglers were required to keep the fish alive before being released. Some of the fish caught included – Herring, Yellow Fin Whiting, Sand Whiting, Trumpeter, Garfish, Flounder, Skippy, Crabs, Mullet and North West Blowfish.

The night was followed by a huge prize presentation of tackle, rods, reels camping gear etc. Prizes were awarded for Male and Female age categories including Junior, Intermediate age, teenage and adult. Also prizes for the longest, most unusual and most meritorious fish. 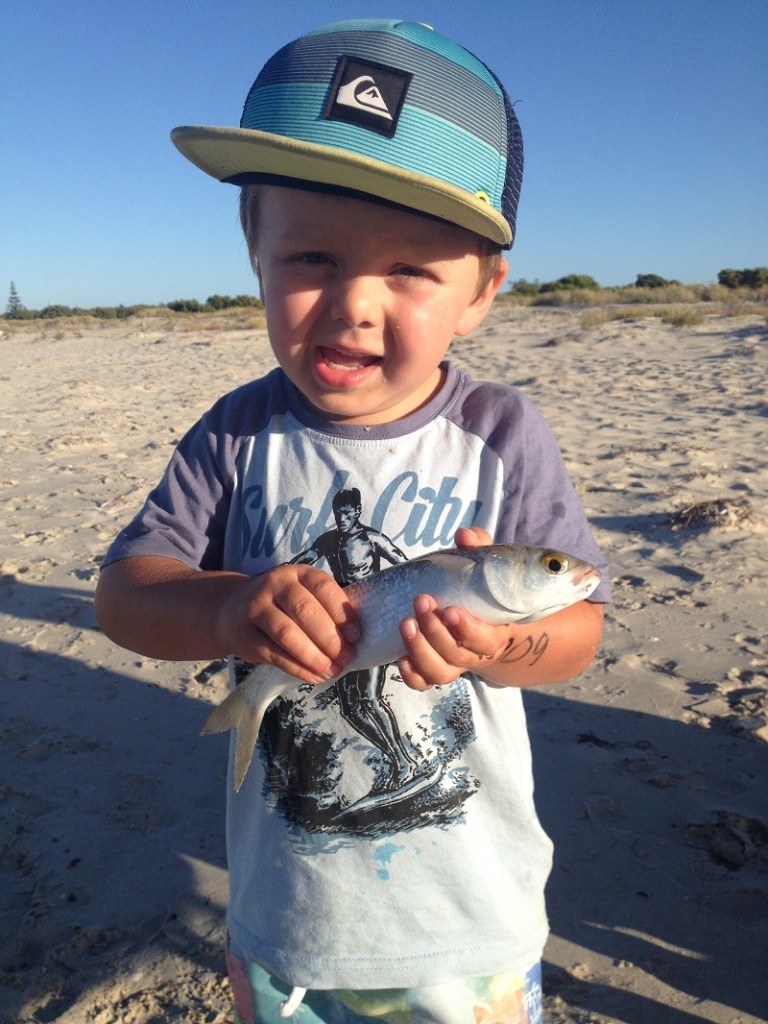 Many young fishers caught their first fish in what was a great catch and release event. The event, led by club champion Graham Cooper and all his volunteers, was a huge success with loads of prizes given to the kids. Local member Dr Graham Jacobs also came down to hand out prizes and support the event.

With many young fishers catching their first fish and mums and dads enjoying the family fishing time, these events are another great example of how important recreational fishing is to the communities of WA. Both events were partly made possible via grants from Recfishwest, but the organisers and volunteers should be congratulated on their efforts to grow recreational fishing in regional communities and get people out fishing.