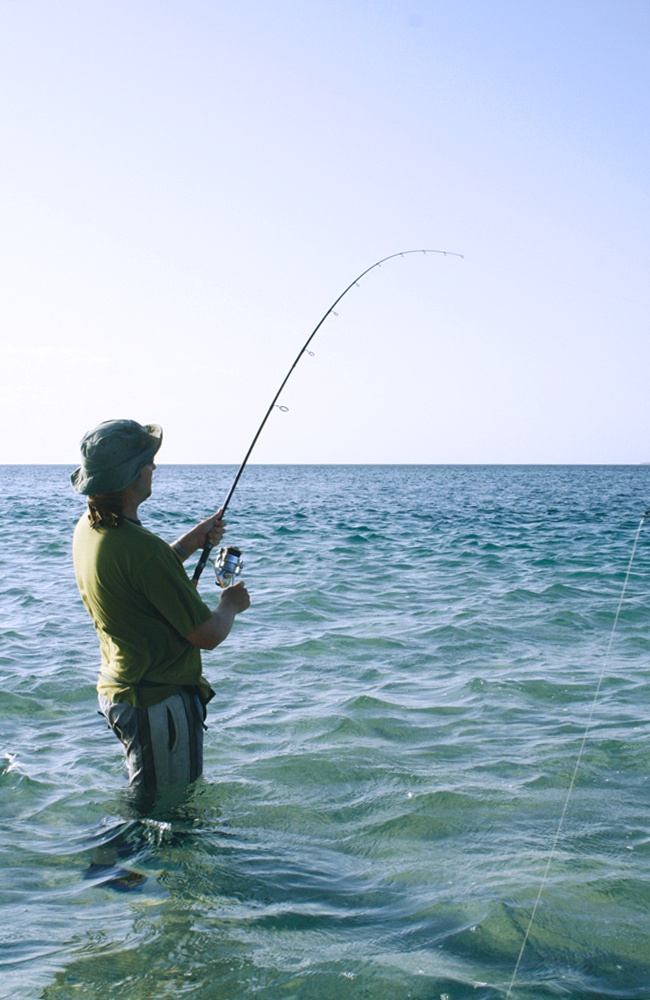 When you walk into a tackle shop to look at or buy a new rod, you are often confronted by rows and rows of rods; long, skinny, thick, short, heavy and feather light, all designed for a specific application.

If you look at and play with enough rods you will soon notice that they are in no way all the same. Even in a given length, rods will vary, and sometimes quite considerably. This variance in rods, even in a similar length and similar line rating, comes down to the action of the rod.

Many fishers simply look for the fastest action rod they can find believing that they are the best and will out-cast everything else. Unfortunately this is just not the case. In the right application fast action rods are awesome and likewise for slow action rods.

These rods are great if you want to cast lighter lures or sinkers on heavier line. Especially when using braided lines.

In the past, slow action rods were quite hard to find as the market pushed for faster and faster actioned rods to suit the demands of fishing with mono lines. A fast action rod allowed anglers to get a more positive hook set when making the initial strike after getting a bite. This was purely due to the fact that as you striked, the whole rod was not loading up. The rod’s tip would fold over and the pressure would be applied by the stiffer section of rod. This section would allow the angler to get past the line stretch to set the hook as well. The situation where this became most apparent was in the light tackle end of the market. 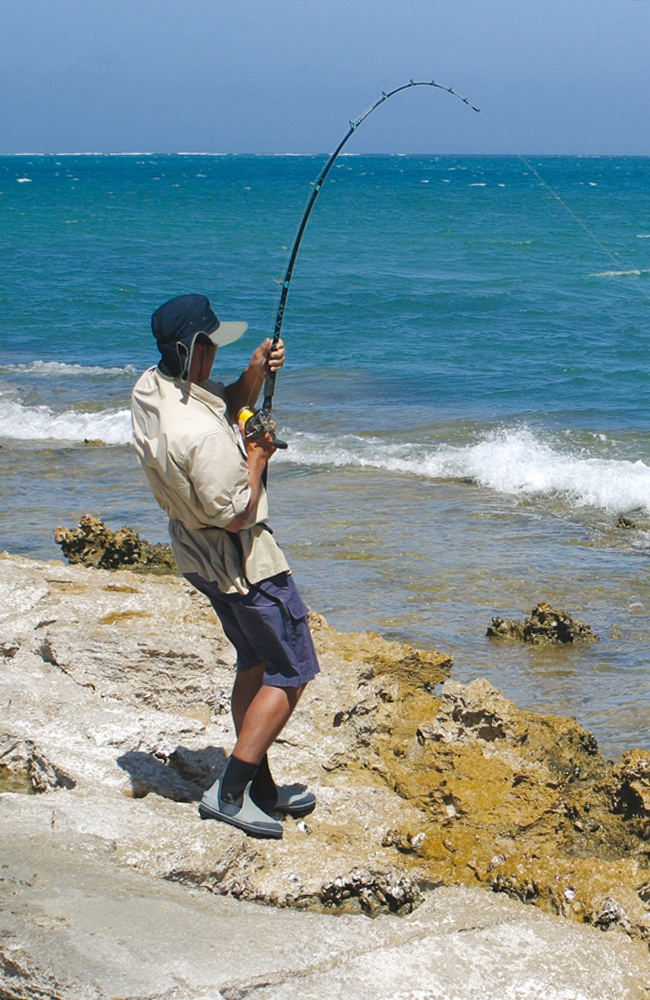 Then along came graphite fishing rods! These were a blessing to light tackle fishers. The graphite was stiff by nature so allowed for easier hook sets, but with pressure applied these rods still loaded up nicely to absorb the punishment dished out by fish.

The rod manufacturers started mixing graphite butt sections with fibreglass tips and all of a sudden the fastest action rods around were born. These were a God-send to the likes of snapper fishers in boats who wanted to fish 20 to 30 pound line on a six to seven foot rod, as they only had to load up the fine tip to cast unweighted mulies.

A couple of years later there was a new revolution in fishing lines. Braided lines! Super thin, zero stretch, hard to tie but everything the fisher ever wanted in a line. Originally, anglers who were willing to hand over the dollars required to spool up with this line were not very happy, and especially so when they were using their new line on their new generation super fast actioned rods. The problem that was occurring was that the new braided lines were awesome in every way but were very susceptible to shock breakages, where a load was exerted onto the knot very quickly instead of the pressure being applied gradually. 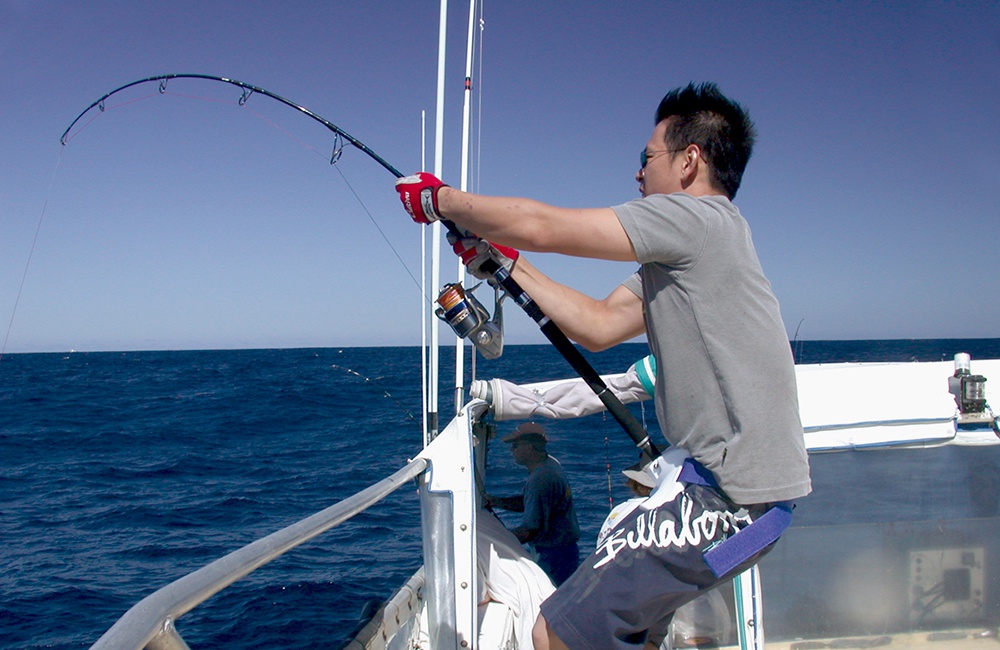 Medium action and slower rods soon became a better option for the thinking fisherman wanting to take advantage of the properties that braided line delivered.

So out came the old fibreglass rods with their slower actions and all of a sudden casting distances with this new super line were extended beyond monofilament abilities.

A while down the track graphite rod manufacturers caught up with the leap that the braids had caused in the fishing industry and all of a sudden super light, long casting graphite rods were readily available in a number of actions to suit all types of line and fishing styles.

Slow action rods are far more forgiving in casting, drag settings and knots. They also work better in soaking up the lunges and runs of a fish. Where they do fall down however is when fighting hard running fish. The rod becomes fully loaded and there is no more reserve power left in the rod to apply the extra pressure needed to slow or turn the fish. 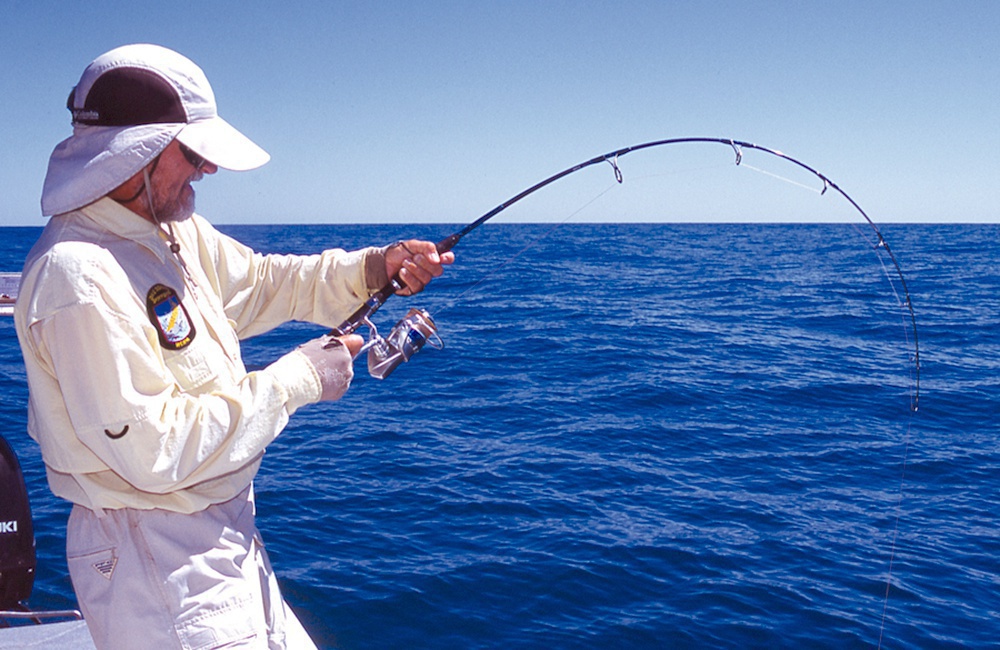 A fast action rod in the right hands and application is an awesome tool, but care must always be taken when tying knots and setting drags, as there is less rod to soak up the mistakes. The domain of the fast action is where casting is of secondary importance and fish stopping power is everything.

Rod manufacturers spend a lot of money on research and development of new rods and tapers, employing different types of graphites and fibreglass to do different jobs for different line classes and fishing applications. 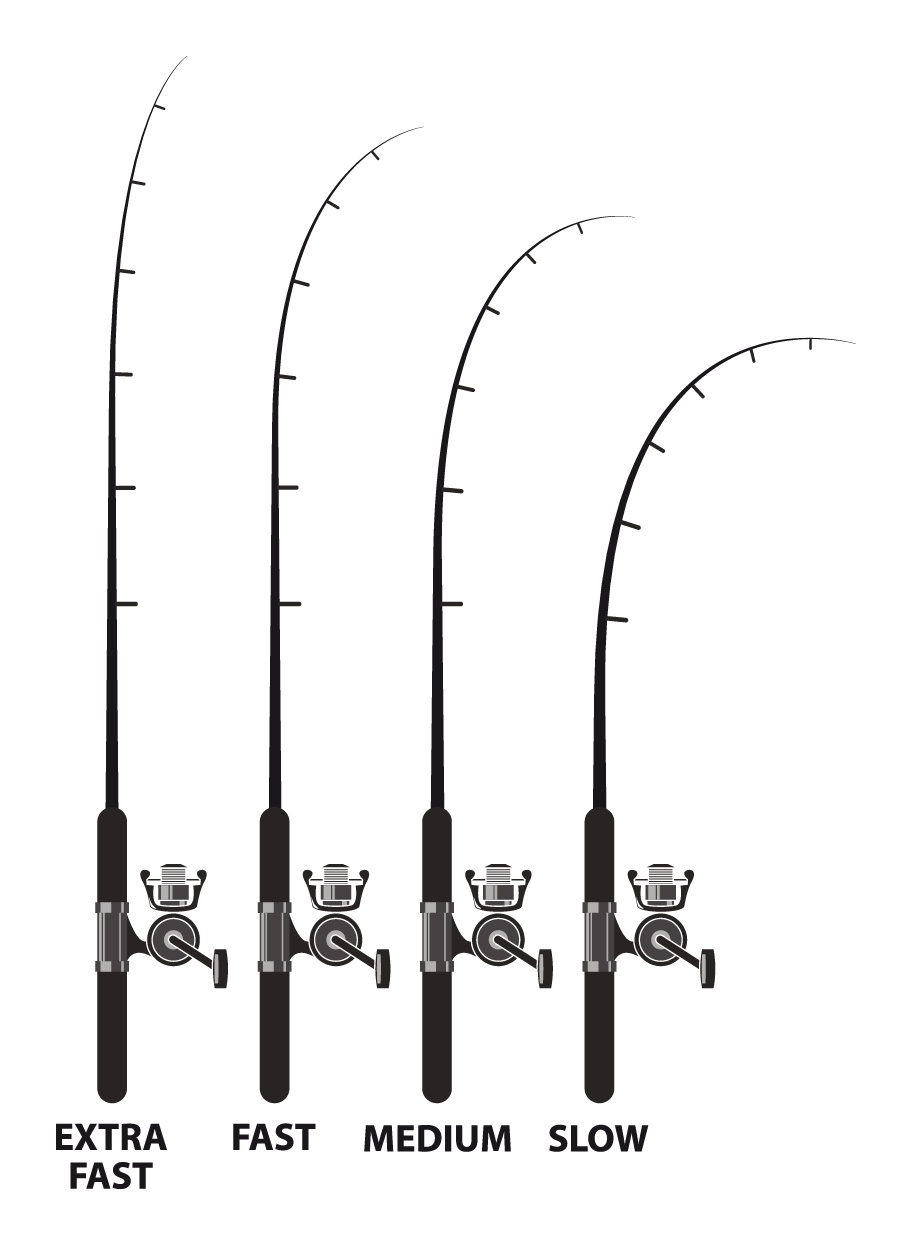 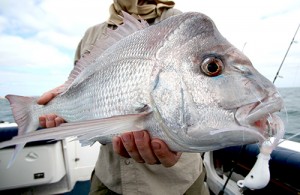 Now you’ve got your rod sorted, why not check out our Attention to detail article for some great tips on improving your catch rate. 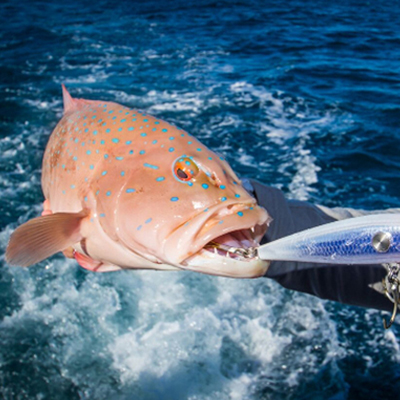